Chiropractic Adjustments and The Immune System

Chiropractic Adjustments and The Immune System 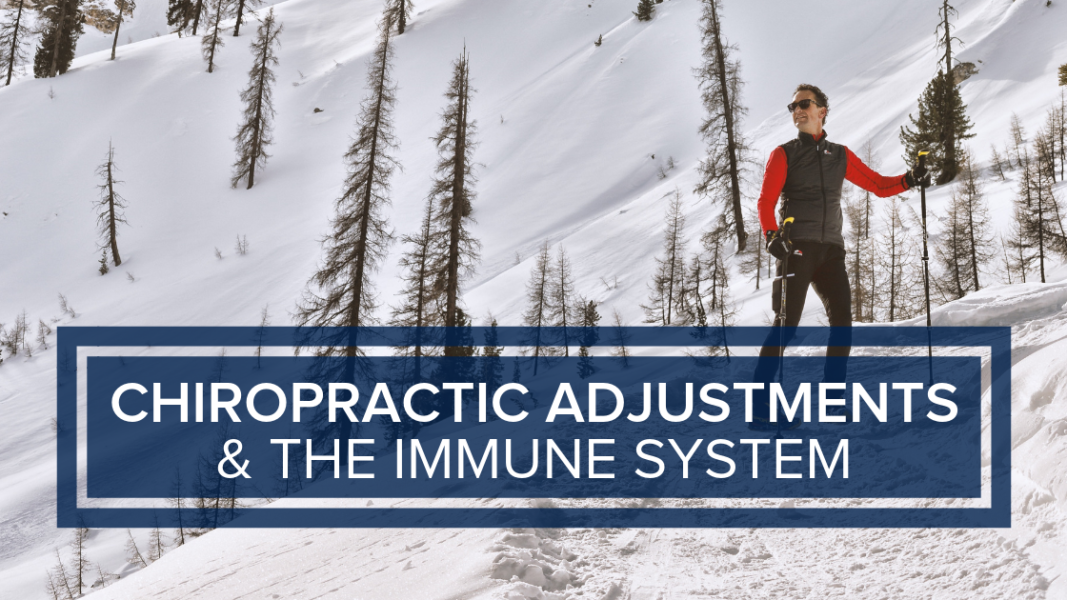 During the time of year when sickness is more common and easily spread, special attention must be paid to the immune system. There are many ways in which one can strengthen, support and build up the immune system. Decreasing sugar intake, regular exercise, immune supporting herbs, vitamins, and minerals, and regularly scheduled chiropractic adjustments are foundational to supporting the immune system. While extra vitamin C, or Zinc for immune support are common and widely accepted as general support during the winter season, a chiropractic adjustment is typically not the first thought when considering immune support. But it should be!

Chiropractic adjustments to improve the immune system have been supported by credible data for over a century. The research shows it and long before that, results in clinical practice have proven the fact. The body is a dynamic interwoven system of which there are numerous modes of communication between the nervous and immune system and the endocrine system. Each of these plays a role in immunity. One of the ways in which these systems are connected is through through messenger molecules like IL-2, a cytokine most known for its impact on the immune system, but also shown known to be an important molecule in the central nervous system (CNS). Different receptors and receptor sites make a way for some molecules to do different actions in different parts of the body.

Chiropractic adjustments have also been credited to increased survival rate in the 1918 Influenza epidemic. There was an increase survival rate in those who were under the care of chiropractor versus those who were under the care of a medical doctor. Some even suggest that this result did a great deal to solidify chiropractic care as favorable and reputable means of medical care which continues to day.

When it comes to the immune system, chiropractic adjustments are an integral part of wellness support the team at LifeWorks Integrative Health has to offer. The functional medicine team complete with laboratory services and IV nutrition therapy combined with the physical medicine team of chiropractors and rehab specialists are ready to get you well and keep you well.

Schedule your chiropractic adjustments with our Shawnee KS Chiropractor now to keep your immune system strong this Winter.

At LifeWorks Integrative Health we take wellness, prevention, and supporting the body before illness occurs just as seriously as we take your acute and chronic pain that is already occurring.