The Dangers of Using Non-Steroidal Anti-Inflammatory Drugs, or NSAIDs

The Dangers of Using Non-Steroidal Anti-Inflammatory Drugs, or NSAIDs 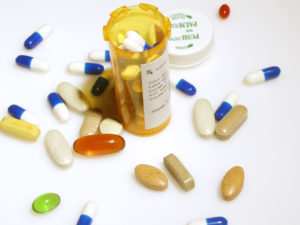 The problem with your mind going as you age is that you forget your body is going with it.  As a result, you attempted to remove that 100-year-old oak tree in the front yard with only a hand saw. And, as a result of that, your back or neck are reminding you that you are no longer 20 and just short of indestructible. Luckily, you can just pop a few ibuprofen and everything will be fine.  Better yet, saunter on over to the neighbor who had back surgery a few months ago and borrow one of his prescription strength ones.

Sure, the entire class of drugs (Non-steroidal anti-inflammatory drugs, or NSAIDs) have been linked to liver problems, kidney problems, joint problems and, more recently, heart attacks. Clicking off the organs that you learned way back in high school you think, “But my brain is still good, right?”

Researchers in Denmark found that even the use of something as common and “safe” as ibuprofen led to a 50% higher risk of stroke.  All other anti-inflammatories included in the study also increased the risk of stroke. The numbers just get worse from there as higher dosages were used.

How can this class of drugs be so dangerous when they are so commonly used?

It boils down to how your body works.  Enzymes in your body help to break down clots and keep the blood thin.  This prevents heart attacks and strokes. But anti-inflammatories not only block an enzyme that causes inflammation, they block an enzyme that thins the blood. This means that, while anti-inflammatories do block inflammation, they also make the blood more likely to cause a clot and lead to a heart attack or stroke.

The risk of chiropractic versus common treatments like NSAIDs is like comparing the safety of a person on the ground versus the safety a skydiver attempt to land without a parachute.  This comparison is even more dramatic when we look at chiropractic care versus the risks of surgery.

Next time you consider just popping that ibuprofen, maybe you should reconsider with a call to your chiropractor instead, like the Chiropractor Mesa, AZ trusts.

Thanks to our friends and contributors from LifeCare Chiropractic for their insight into NSAIDs.

At LifeWorks Integrative Health we take wellness, prevention, and supporting the body before illness occurs just as seriously as we take your acute and chronic pain that is already occurring.